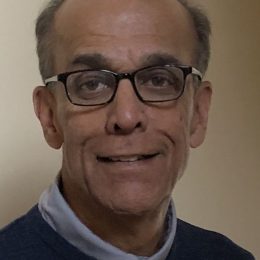 ­­­­Mr. Prabhu Ponkshe is President of Health Matrix, Inc., and serves as the Lead Communications Consultant for the Bloomberg Initiative to Reduce Tobacco Use. Based in the Washington, D.C., area, Prabhu has worked on a wide variety of tobacco control projects during the last three decades, focusing on science communications, media and legislative advocacy, regulatory affairs and public health education. He worked on the American Heart Association’s early efforts in tobacco control, was a part of the senior leadership team on the National Cancer Institute & American Cancer Society’s ASSIST project, and directed the communications activities for the Robert Wood Johnson Foundation’s Substance Abuse Policy Research Program, which focused on alcohol, tobacco and drugs. Before coming to the United States, Prabhu was a Reporter with the news agency, Press Trust of India.

Prabhu earned his BS and his LLB (JD) from the University of Bombay. He also has a MA in mass communications from Texas Tech University.