Tobacco taxation is proven to be one of the most effective tobacco control policies. A significant increase in tobacco excise taxes typically increases tobacco prices, leading to decreases in tobacco consumption. Indonesia has recently made some advances in tobacco tax policy, while there remains significant room for improvement. The 2nd edition of the Tobacconomics Cigarette Tax Scorecard shows that Indonesia made some improvement between 2018 and 2020, including increases in cigarette prices, reduction of cigarette affordability, and an increase in the tax share of price, though some of the improvement in affordability was the result of economic decline at the beginning of the COVID-19 pandemic. The initial momentum of a good-sized excise tax increase was lost in 2021, when the Ministry of Finance reduced the increase to an average of 12.5%, which is not sufficient to stay ahead of inflation and economic growth. Importantly, there were no advances in efforts to reform the complex multi-tiered tax structure, which hinders the effectiveness of the tobacco excise tax policy, because it gives smokers many opportunities to “trade down” to cheaper products. 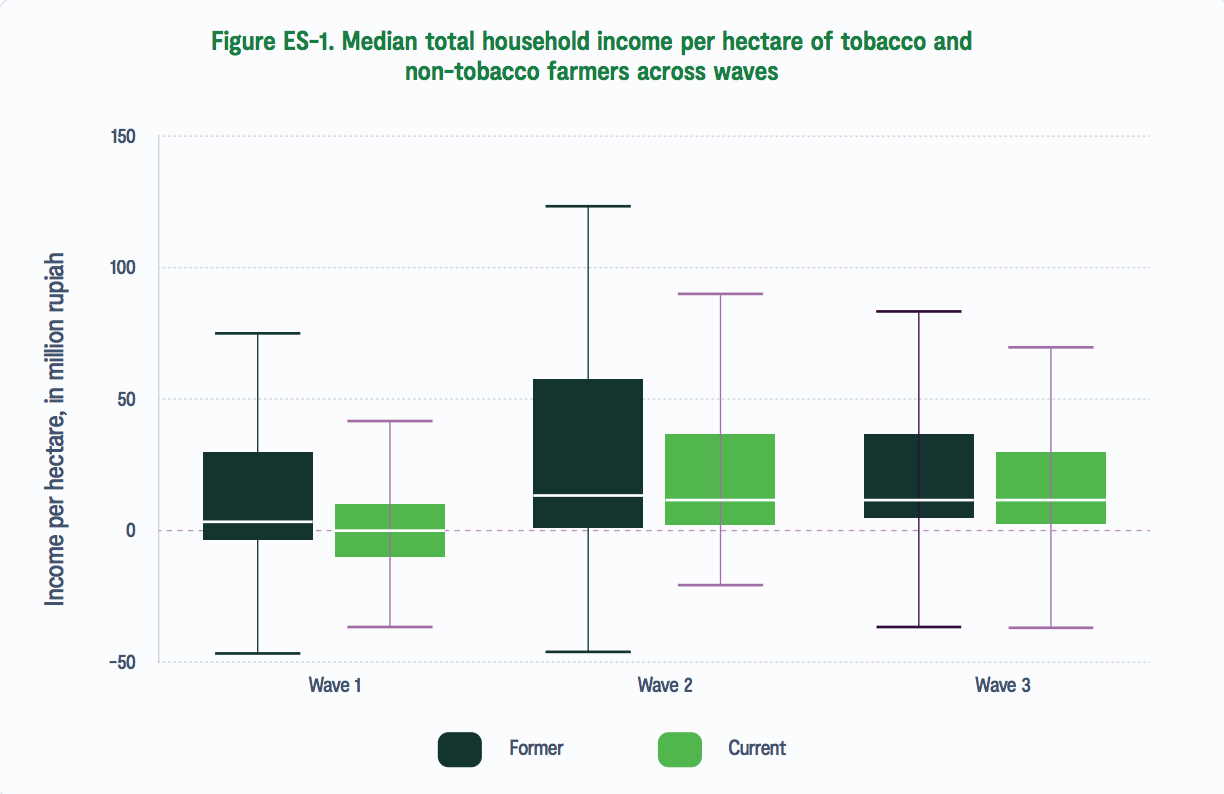 A significant increase in tobacco excise taxes, which is claimed to lower the demand for tobacco, would encourage tobacco farmers to shift to growing non-tobacco crops and open new opportunities to pursue more economically viable and sustainable livelihoods. That said, several challenges face tobacco farmers’ ability to shift away from tobacco farming. For some farmers, tobacco is one of only a few cash crops that can grow in the harsh dry season in Indonesia.