Effective January 1, 2022, Indonesia increased its tobacco excise across cigarette types by an average of 12 percent. In addition, the number of tax tiers was simplified from 10 to 8, by combining SKM IIA and IIB, and SPM IIA and IIB. This tax reform is expected to reduce the production of cigarettes by 3 percent, and reduce the affordability of cigarettes, which in turn is expected to decrease smoking prevalence to 32.26 percent among adults and to 8.83 percent among young people.

In its announcement, the Ministry of Finance cited the recent findings of UIC think tank partner,

Center for Indonesia’s Strategic Development Initiatives (CISDI). This study finds that the increasing smoking prevalence drove the health care costs of smoking for all population in 2019 to between Rp17.9 trillion (0.1 percent of GDP) and Rp27.7 trillion (0.2 percent of GDP). Most of the direct costs of smoking occurred for the 20+ population (between Rp17.7 and Rp26.7 trillion) (Table 1). 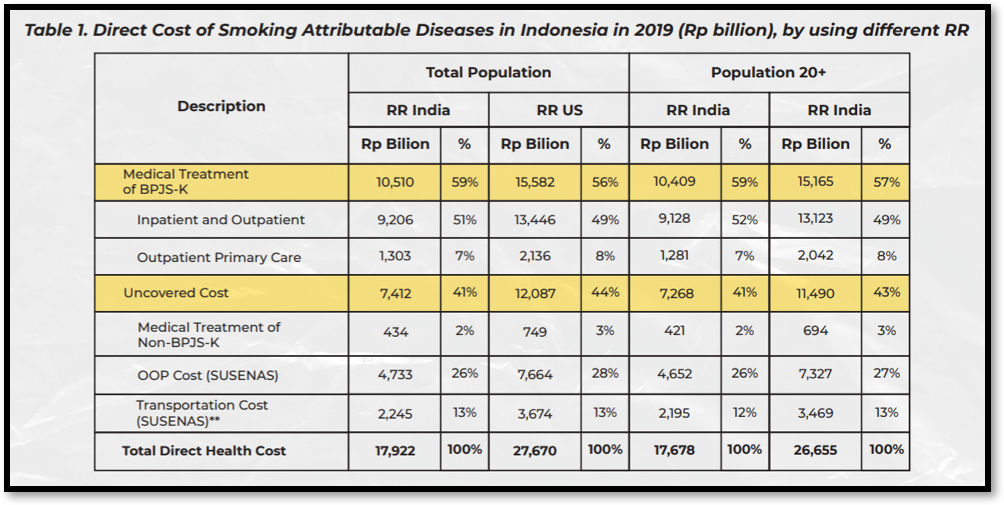 CISDI’s estimate is higher than previously estimated by Kosen et al. (2017) at Rp13.7 trillion in 2015, or Rp15.7 trillion in 2019 prices. The main reason behind the difference from the previous estimate is that this study is more comprehensive both in terms of included diseases and levels of care.

This estimate is also significantly higher than the estimated maximum allocation of tobacco revenue for the health system at a total of Rp7.4 trillion. In 2019, the government earmarked Rp5.8 trillion from local cigarette tax for JKN and local government was mandated to allocate Rp1.6 trillion from the Revenue Sharing Fund of Tobacco Products Excise (DBHCHT) to support supply-side readiness and to cover the JKN contribution for the poor and workers affected by employment termination.

Yet, in 2019, the deficit of the National Social Health Insurance Scheme (JKN) was Rp17.0 trillion, with the accumulated deficit reaching Rp51.0 trillion (Figure 3). For this reason, CISDI recommends increasing the level of earmarking for health to cover the health costs of smoking-related diseases as projected by this research as it would be a positive game changer for the sustainability of JKN. These reforms would also generate additional revenues to help JKN stay afloat during this challenging economic time of the COVID-19 pandemic. 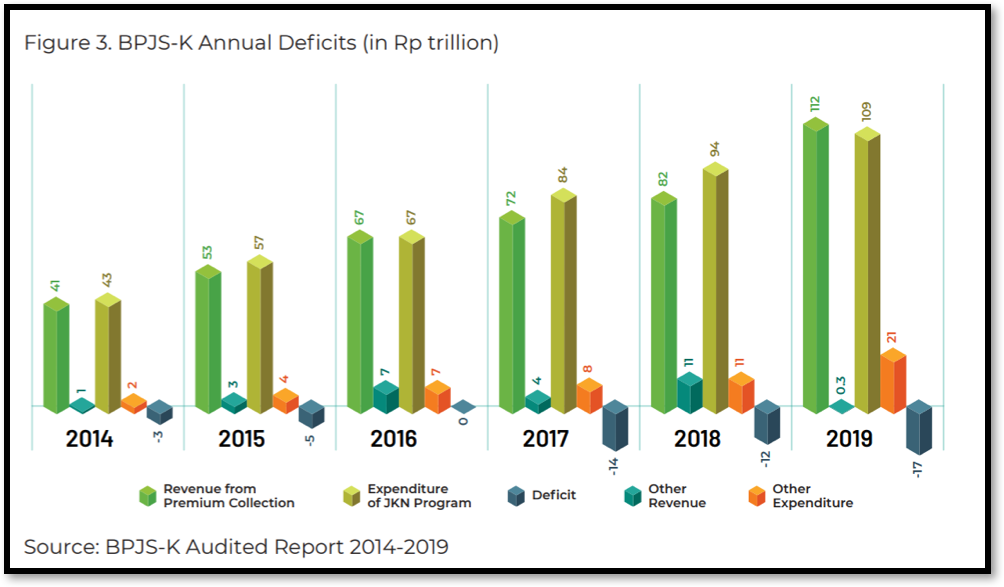 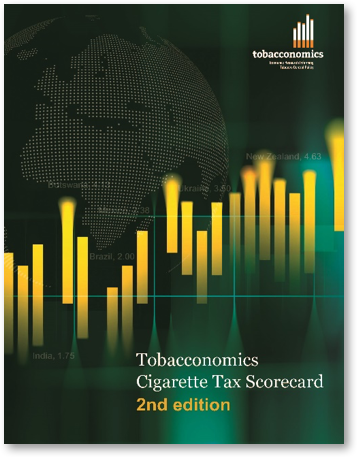 In 2020, in the second edition of the Tobacconomics Cigarette Tax Scorecard, (now in Bahasa Indonesian here) Indonesia scored 2.38 out of 5 points. This is higher than the average score of countries in its region and income group, yet much lower relative to top-performing countries. Indonesia scored only 1 point for its tax structure, which represents an opportunity for improvement. Instead of the optimal uniform specific excise tax, the country utilizes a complex, tiered specific excise tax structure.

The reform taking effect in 2022 is a step in the right direction in this regard, but it will be a long journey ahead to significantly decrease tobacco use in Indonesia. For this reason, CISDI’s researchers recommend more significant tax increases and the swift merger of the remaining tax tiers, along with continued vigorous enforcement of other tobacco control measures.