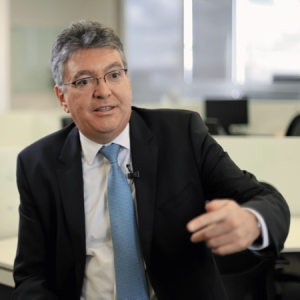 Dr. Mauricio Cárdenas is Senior Research Fellow at the Center on Global Energy Policy at Columbia University, where he also teaches public finance. He is currently a member of https://theindependentpanel.org, that is assessing the global response to the Covid-19 pandemic, and co-chair of the TASK FORCE ON NET ZERO GOALS AND CARBON PRICING. He is also a member of the recently launched commission that will review the World Bank’s Doing Business Report. As Colombia’s minister of finance from 2012 to 2018, Cárdenas oversaw a successful adjustment program during the oil shock of 2014-2016. Despite a 50% reduction in exports and the loss of one-fifth of government revenues, Colombia preserved its investment grade status and was able to achieve remarkable social and economic progress. While in office, Cárdenas led a series of reforms that resulted in a significant expansion in formal employment and foreign investment. He was also responsible of coordinating efforts for Colombia’s accession to the OECD, which was completed in 2018. Cárdenas was Chairman of the Boards of Governors of the World Bank and the International Monetary Fund and of the Intergovernmental Group of Twenty-Four (G-24). He was chosen by Euromoney, as the world’s finance minister of the year in 2015, and received several awards as best finance minister in Latin America. Previously, he served as minister of mines and energy, Director of National Planning, Minister of Economic Development, and Minister of Transport. Cárdenas has twice been the executive director of Fedesarrollo, Latin America’s premier economic and social policy think tank. He has also been a senior fellow at the Brookings Institution, where he led the Latin American Initiative.